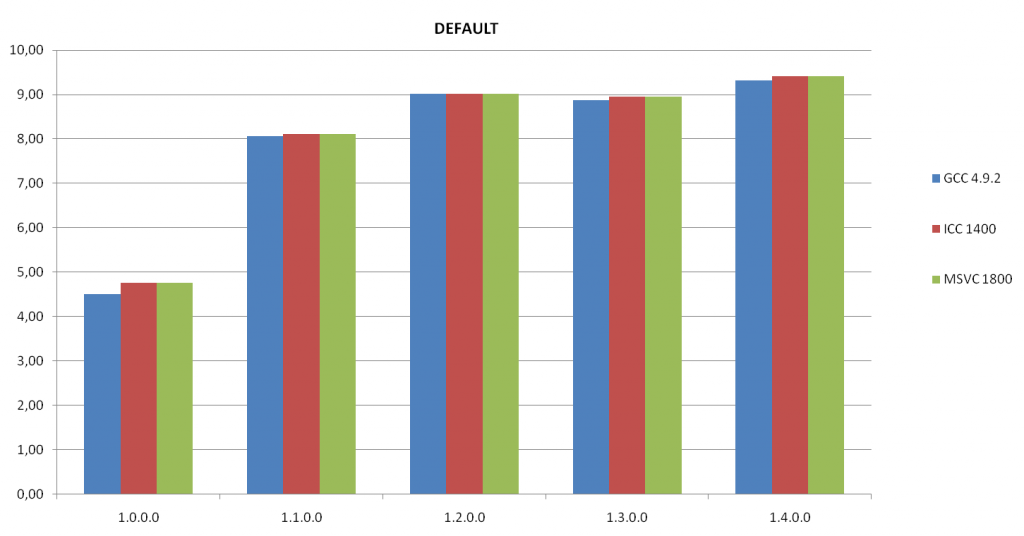 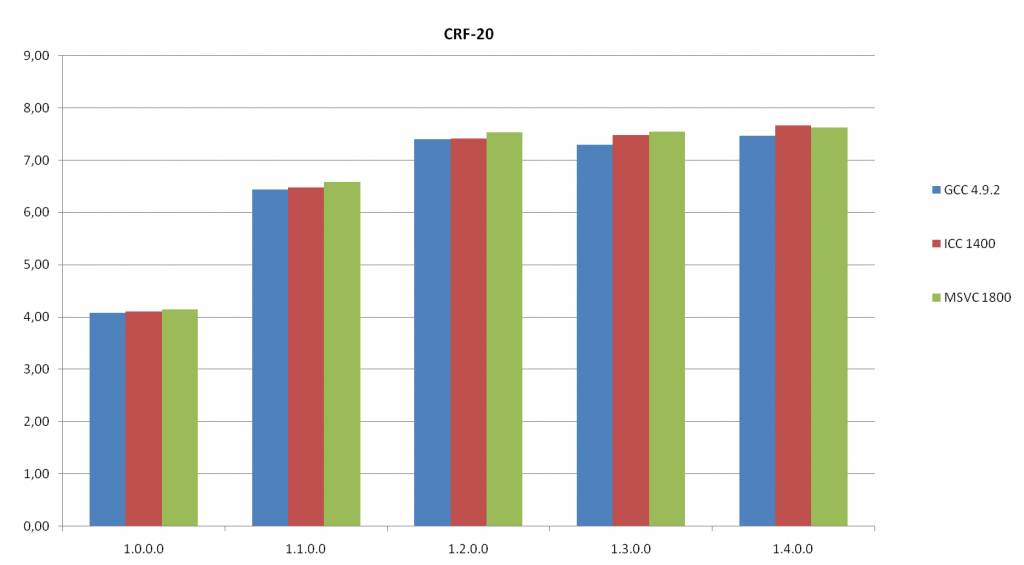 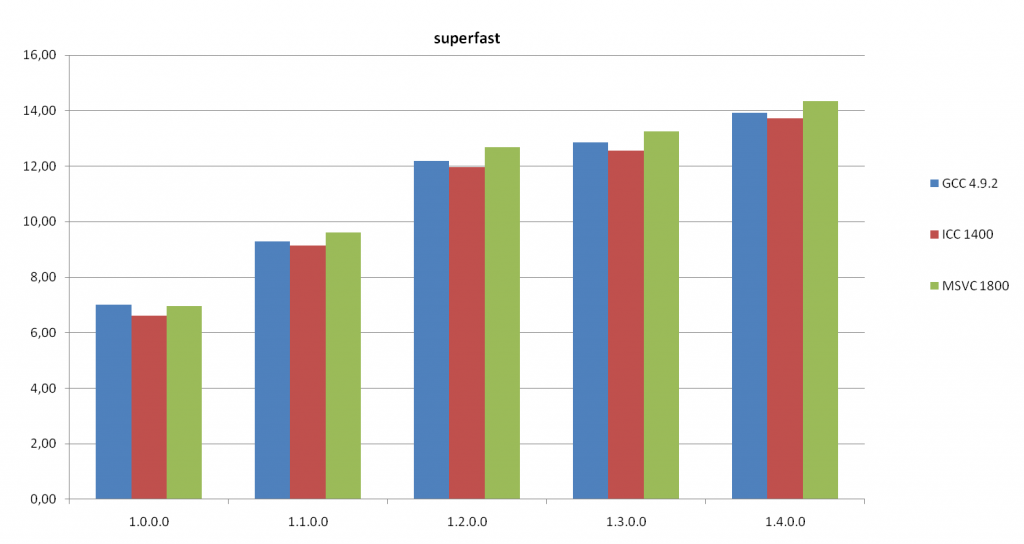 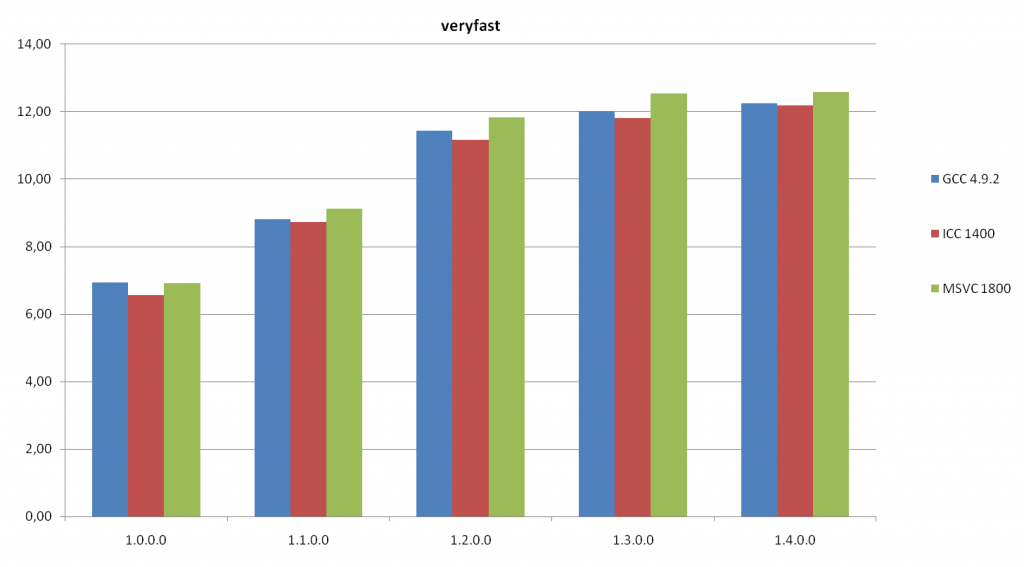 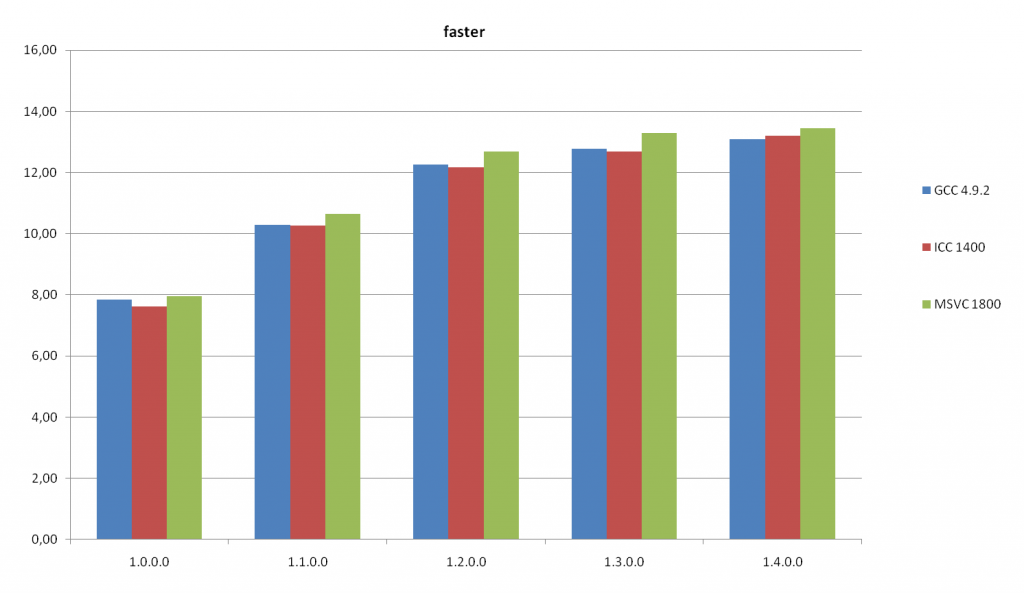 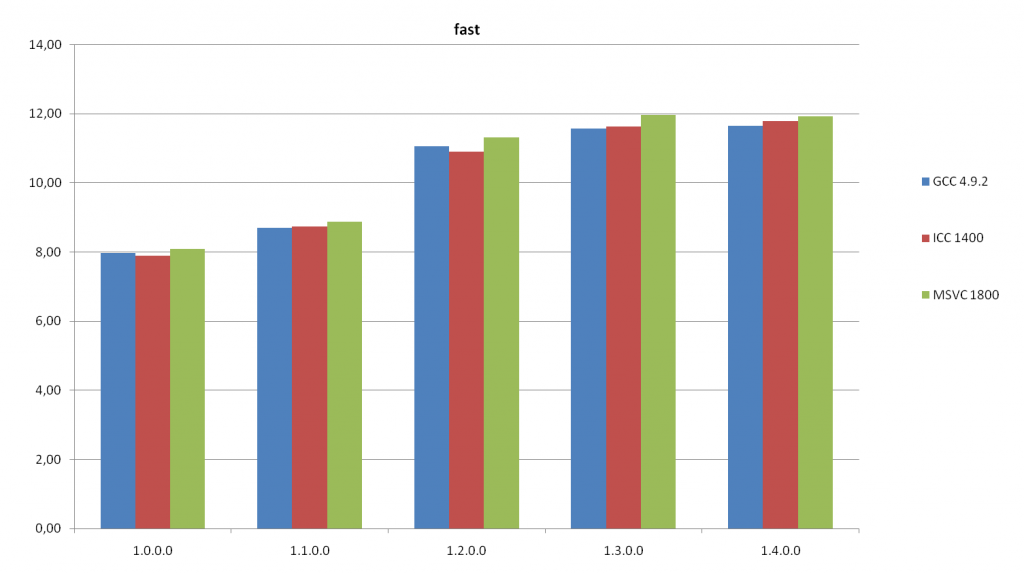 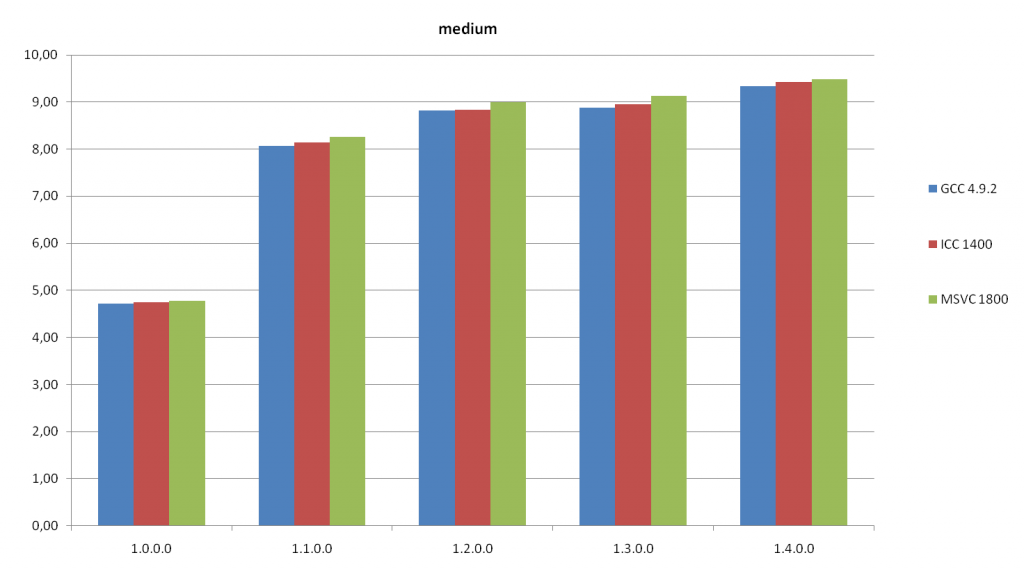 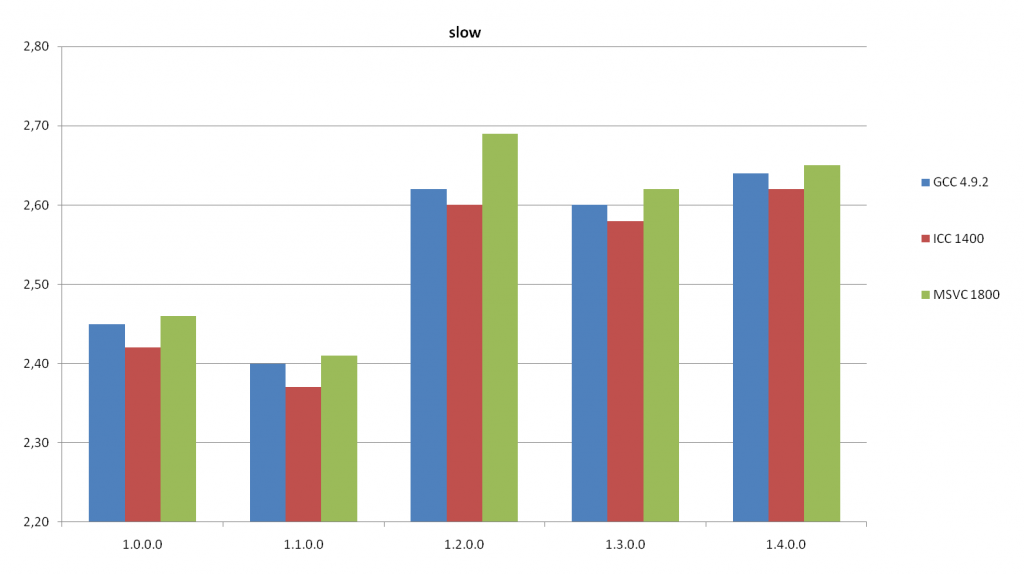 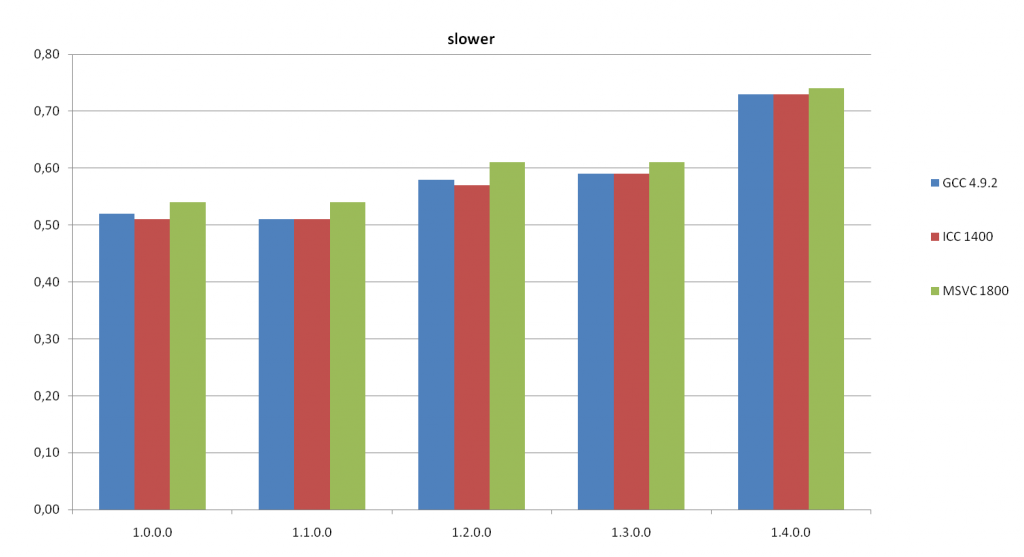 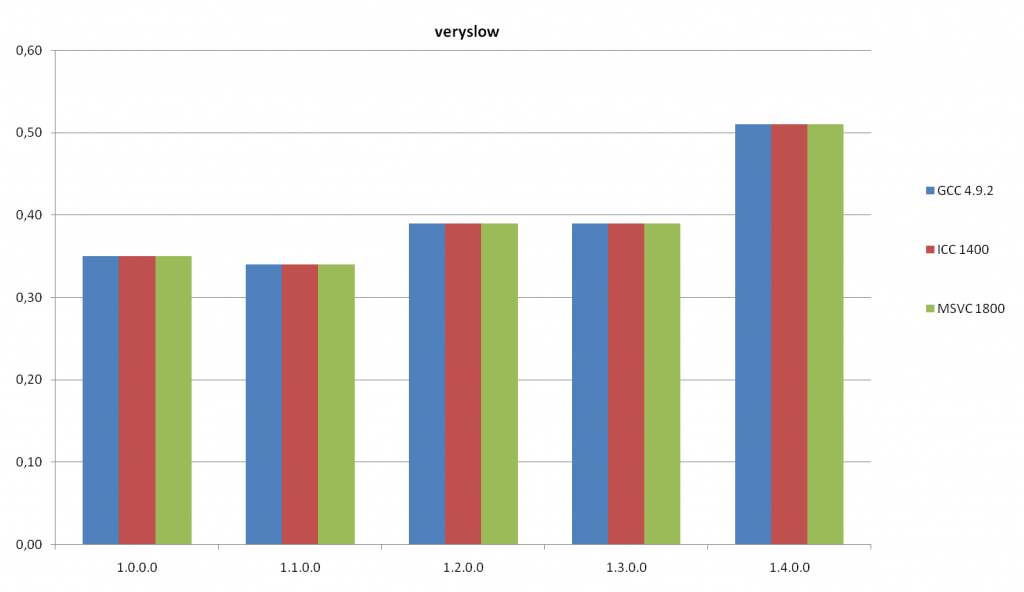 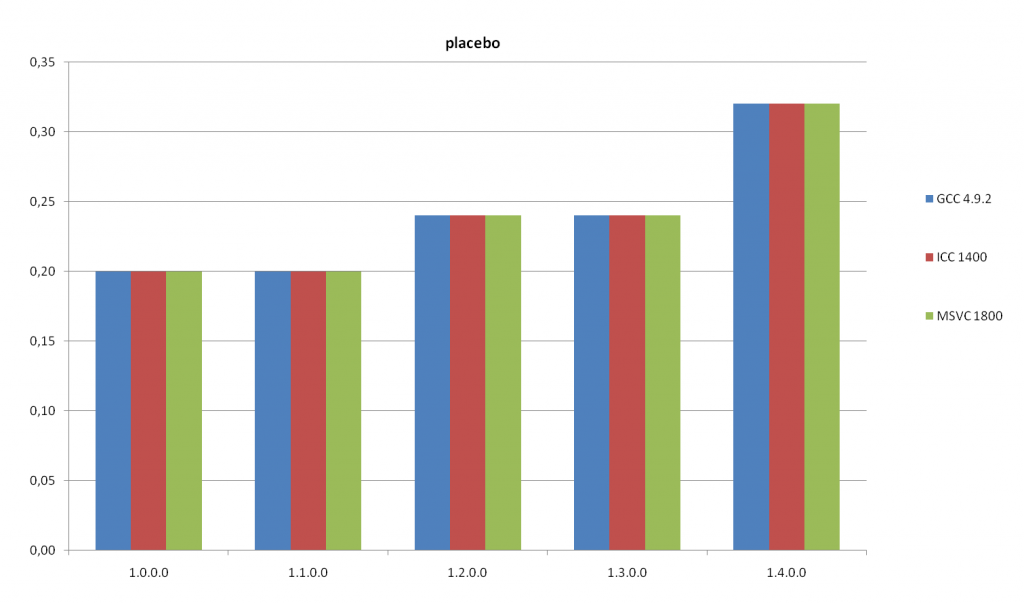 This chart shows a comparison of the encoding rate for different x265 (ver. 1.4) presets 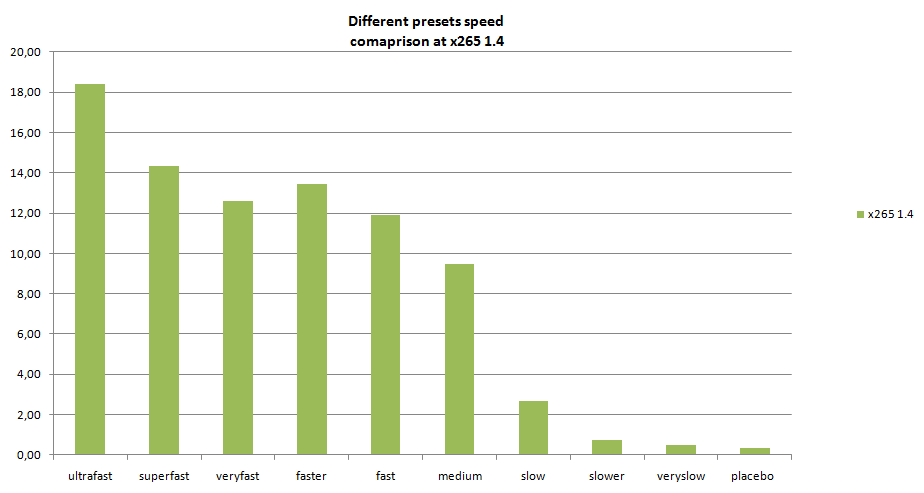 Conclusion:
1) Encoding speed in version 1.4 compared to version 1.0 has increased x1.5-2 times.
2) Powerful computer still fails to encode in real time, even on the fastest presets.
3) Preset medium is optimal for coding. Much faster than slow, placebo, etc. and not much inferior in speed even with ultrafast.
4) The difference is not significant, but on the test stand the fastest x265 assembly was made with Microsoft Visual C.